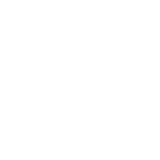 When travelling along the Green Velo trail from Żuławy to the foot of the Świętokrzyskie Mountains, among several other lessons we also take one that is very special: a lesson of the history of architecture. Each region has its own unique character formed by certain communities. For centuries, by the buildings they erected (churches, tenement houses, castles, palaces, country houses, city and town layouts), they showed something very characteristic and unique to them – the way of organizing space.

When starting the journey in Żuławy, we will notice a unique architectural theme – arcades. Arcaded houses were brought to Żuławy from the Netherlands along with the Dutch colonists arriving here in the 16th and 17th centuries. They are characterized by a specific design: their walls consist of a wooden frame, which is filled with a special mortar – a mixture of clay and chopped straw. In a different variant, this frame is filled with fired red bricks. The second element “brought” by the Dutch include windmills, which proved themselves perfectly in the vast, open spaces of Żuławy, providing energy for pumping water from depressions. Elbląg, the capital of the region, is also unique. It is dominated by tenement houses with steep, pitched roofs.

Warmińsko-Mazurskie will show us another ty­pical landscape element present in villages, towns or large cities. All old buildings, ranging from churches, town halls, castles and ordinary houses, are built of red brick. The finest brick buildings include the castle in Lidzbark War-miński and the cathedral in Frombork.

The Suwałki region introduces yet another variety: the countryside landscape is dominated by small wooden cottages, when it comes to settlements that are more than 70 years old. Even the schools of that time, if they survived, are wooden. The only village buildings from the old times that were built of brick were monasteries, churches and presbyteries, and even then – it was not a rule. However, in small towns the situation is different. Borderland small-town buildings, such as in Sejny or Tykocin, are made of brick, although the houses look exactly like bigger, brick version of their rural counterparts. If there are any tenement houses, they are rather small, mostly one-story and decorated rather modestly. The synagogues are also made of bricks. They constitute a landscape element as typical as church towers. Of course, the palaces and mansions are also built of brick and full of fantastic decorative elements. Although they are rather scarce, they represent a remarkable example of the mastery of old foremen (e.g. the Branicki Palace in Białystok or the Buchholtz Palace in Supraśl).

The Lublin part of Green Velo East Cycle Trail allows you to see even more architectural jewels. Magnificent examples of baroque architecture (such as the churches in Kodeń, Chełm and Krasnystaw), brick orthodox churches with their fabulous shapes, and synagogues that captivate with their dignity, as well as the picturesque towns of the old Commonwealth (Janów Podlaski, Szczebrzeszyn and Włodawa) all await travellers. It is also worth to stray from the trail for a moment and visit the nearby Zamość – a perfect renaissance city. Its old town was inscribed in the UNESCO list.

Rusyn culture and its beautiful wooden orthodox churches, the finest of which are located in Radruż and Chotyniec (both inscribed in the UNESCO list), as well as in Piątkowa Ruska and Ulucz, can be found in the Podkarpackie Voivodeship. Of course, the crème de la crème of Podkarpackie architecture is the city of Przemyśl. The local mix of styles and forms (castle, churches, monasteries, town squares, and towers) is worth a separate study. Not to mention the palaces in Krasiczyn and Łańcut, attracting envious looks from the most influential aristocratic families in Europe.

And finally, we reach the Świętokrzyskie Voivodeship. We begin the architecture history lesson in Sandomierz, a city that is rich in monuments from different centuries. We carry on by admiring the Romanesque interiors of the former Cisterian abbey in Koprzywnica, a Baroque collegiate church in Klimontów, the ruins of the Renaissance castle in Ujazd and the medieval walls of Szydłów. And this is only a part of the attractions, as it is worth to see the palace in Kurozwęki, the former Camaldolese hermitage in Rytwiany, the Palace of the Cracow Bishops in Kielce and Henryk ­Sienkiewicz’s palace in Oblęgorek.