"In Search of Kurgan" Bicycle Trail

distance(km) height n.m.m.
Distance
14.4 km
Time
1:47h
for whom
For lovers of beautiful views
Difficulty
for intermediate
About 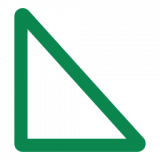 Spanning 15 km, the “In Search of Burial Mounds” Bike Trail is a recreational cycling route. Marked in red, it departs from Boguchwała, a town just outside Rzeszów, and heads for the lookout point near the village of Niechobrz on top of a hill with a so-called “Millennium Cross”.

The trail goes on hilltops from which you can see views of the Dynów Plateau and the panorama of Rzeszów. It is very scenic, and the area of Boguchwała is a popular bike destination among Rzeszów-based cyclists. In Boguchwała, where the trail begins, you can see the Baroque palace-and-park complex of the Lubomirski family, which used to be the summer residence of this magnate clan, as well as a parish church from the 18th century. The trail follows the road to the village of Racławówka. Then it turns and goes slightly uphill among farm fields. With every passing kilometre, the views become more and more interesting. The most spectacular panorama can be seen from the hill on top of which there is a 15-metre steel cross, known as a “Millennium Cross”.  From here, the trail goes downhill towards the village of Niechobrz. The burial mounds, from which the trail takes its name, are small hillocks located in the forest to the south-west of the trail. They are a few thousand years old and are protected as an archaeological site. They are a testament to the fact that this area has been inhabited for a very long time. Boguchwała itself was founded in the 14th century, and in the 18th century it was granted a charter for several decades. In 2008, the locality again became officially a city owing to the dynamic urbanisation it underwent, as a result of which it is today virtually a suburb of Rzeszów. You can return from the Millennium Cross to Boguchwała by taking the same trail, or by taking the blue bike trail through Mogielnica. Such a loop will be under 25 kilometres long.

Not all fragments of the trail are suitable for bicycles with panniers/bike trailers. The trail uses solely roads with no motor vehicle traffic allowed or local roads with a low and very low vehicle traffic; no dangerous intersections. Trail offering outstanding vistas.

Elbląg, near the junction of national roads no. 22 and S7

In the Footsteps of the Potocki Łańcut Province