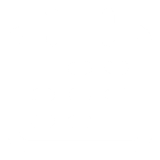 Memorial to Miles is perceived as one of the most important international event for a wide range of listeners. Annual event takes place next to Miles' sculpture on September - the anniversary of virtuoso's death. Year by year, the fest gathers more and more famous singers from all the world. Miles Dewey Davis III was an American jazz trumpeter, bandleader, and composer. Widely considered one of the most influential musicians of the 20th century, Miles Davis was, with his musical groups, at the forefront of several major developments in jazz music, including cool jazz, hard bop, modal jazz, and jazz fusion.